Protecting the sanctity of life is not for the faint of heart. Some days can feel like defeat, while others are rewarding beyond belief. In our work, we’ve seen souls changed and lives saved. God blesses our work even on the hardest days, and we believe He rejoices with us in the victories.

Rejoicing From The Start

The Coalition hasn’t always participated in El Paso Giving Day. In fact, our first year participating was 2019. When we learned that Planned Parenthood participated every year, we knew we had to join in. We couldn’t sit idly by while Planned Parenthood raised money that we could be raising for life. We also knew that taking part meant more outreach and more people learning about the ways we actually help women face immense challenges.

Our first year, Walmart offered a matching fund, and we were able to get a large donation from them through our supporters. We ranked among the top ten organizations in the city in 2019. It must have been a shock to Planned Parenthood because they complained about our success to the community foundation that organized the giving day.

Another Big Victory This Year!

Even through our participation being challenged and through another year in a pandemic, the Coalition experienced another huge win! This year, we received exceptional support.

Despite our short history of being involved in El Paso Giving Day, that didn’t stop us from becoming the third highest supported organization out of 213! Yes, you heard that right. Out of 213 organizations in El Paso, the Southwest Coalition for LIfe ranked number three!

From the way El Paso votes politically, it would look like the pro-life supporters are few and far between. However, life has clearly become an important issue in the borderlands. We saw donations coming in throughout the week prior to the event, and they continued straight through till midnight and poured into the next day. With many larger organizations participating in the event, the Coalition still surpassed them. El Paso has proven that it cares about life.

In this event, the Coalition is considered a mid-sized organization. We outpaced all but one of the large-sized non-profits. On top of that, Guiding Star came in at number 15 out of the 213 organizations, and five times more was given to pro-life entities than to Planned Parenthood! Local values in the borderland are proving to care more and more for the sanctity of life, and we couldn’t be more thankful.

So let’s break down the numbers.

Publicly, the event results showed that $28,345 was given to the Coalition on El Paso Giving Day. But that’s not where it stopped. After the counter stopped at midnight, people continued to give. When the counter started at midnight the morning of the event, we received a $200 bonus prize for getting the very first donations of the day.

Prior to the event, we were ranked number one for early giving throughout the week. We received a $500 prize for that too.

Additionally, one donor put up a $10,000 private match fund, and we were able to meet it! Another $500 was awarded to us for this. On top of that, Walmart provided a three-hour window with a pledge to match all funds under $100. This led to the Coalition receiving $1,190 in matched funds from Walmart!

Praise God! Between 124 generous supporters and lots of prayer, our efforts were incredibly blessed this year. Local donors clearly care about saving the unborn and caring for the needs of the precious women and families of the borderland.

El Paso Giving Day reminds us why we love our city and region and who the real heroes are. Each mom who sees the steep mountain before her and chooses to climb it is worthy of admiration. We at the Coalition are so blessed and honored to be a part of each mother’s journey. For many women, choosing life means choosing adversity and hardship.

So why is El Paso Giving Day so important? With each dollar received, we are able to put another mom one step further ahead. Mothers are heroines who are familiar with sacrifice. With each baby born and every worry of a mom put to rest, the Coalition is accomplishing its work.

During El Paso Giving Day this year, the idea came to Mark to do some livestreamed videos to increase the online event traffic. One mother’s story stuck out in his mind, and he decided to share an update to her incredible story.

Breanne was told to get an abortion by her baby’s father. She was told the lie that so many mothers are told — that the baby would “ruin her life.” With the concern of being homeless, having no support, and nowhere to turn, she made her way to Planned Parenthood. That’s where she ran into Brian from the Coalition. Our team was able to connect her with the Hero Fund, where she learned about the financial support available and the option to choose adoption. Through the Hero Fund, she received assistance with rent so she could live on her own, and she began working a remote job. She eventually started taking college courses as well and earned her degree to become a nurse!

Having recently given birth to her second baby, Breanne was honored with the first Hero Award at the Coalition’s 2020 annual banquet. Her story moved many people to give on El Paso Giving Day, and her bravery, sacrifice, and love for her children inspire us.

To get a taste of the victory we experienced this year, watch Breanne’s story and rejoice with us.The Lord is good! 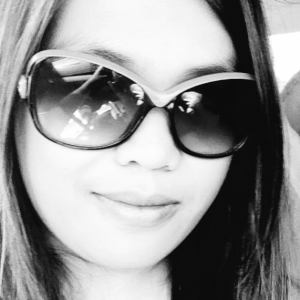 Live from National March for Life